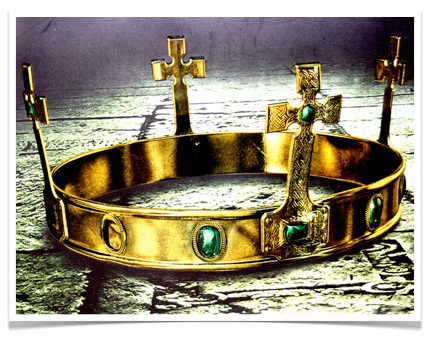 There are certain questions that keep coming back when I ask HR or line managers what they would like research to look into when it comes to talent management. One stands out as the most common one of all: Should you tell your employees that they have been identified as talents, and – indirectly – that others have not?

There certainly are relevant concerns that can make you hesitate about putting that crown on some heads and not others. For one, managers often worry that if you tell a high-potential person that he or she is a talent, the person will start resting on his or her laurels and stop trying – a phenomenon often referred to as the crown prince syndrome (Dries & Pepermans, 2008; Dries, 2013). There is also the fear that the talent nomination will create unduly pressure and stress.

Even more common, however, is the fear of how the non-selected employees will react (De Long & Vijayaraghavan, 2003). HR managers often worry that this group will experience feelings of injustice and envy, resulting perhaps in turnover or lower engagement. There is also a cultural aspect to this worry: In the Nordic countries, traditionally associated with values of egalitarianism, singling out a small minority as “better” than the rest is more controversial than in e.g. the Anglo-saxon world.

So, how do companies handle this matter? As it turns out, there is a large discrepancy between what you might call formal and informal transparency. Church et al. (2015), who surveyed 80 companies with well-established talent management practices, found that only 34 percent formally communicate talent decisions. However, out of the 66 percent that did not formally tell employees, 18 percent reported that managers tell employees informally, and 33 percent said employees find out on their own. Thus, only 15 percent of companies seem to have employees that do not know which ones are considered talents. This is well in line with a study by Campbell and Smith (2010), where 91 percent of surveyed employees reported that they knew their own talent status, but only 69 percent of those had been formally told. The rest had figured it out on their own, or someone had told them off the record.

Studies have also shown that there might be positive effects of being told that you are a talent. Björkman et al. (2013), for instance, found that employees who knew they were considered talents were the most committed to the organization. Furthermore, Campbell and Smith (2010) found that this effect was stronger for those that had been formally informed of their talent status. Less is known about the effects of a formal notice on those not identified as talents. In one of the few studies conducted, Björkman et al. (2013) found no significant differences between those who knew they were not nominated as talents, and those that had no knowledge of their standing. What has turned out to cause a lot of negative reactions, on the other hand, is when HR decision processes are perceived as obscure. A host of studies have shown that employees’ perceived justice is severely compromised when they do not understand how HR decisions have been made (cf. e.g. Sumelius et al., 2014, who looked at performance appraisals).

Once clear conclusion can be drawn from this: Whether you formally announce talent decisions or not, the vast majority of employees will still figure them out. Further, the rather few studies conducted indicate that the effects of a formal announcement might be more positive than expected by many HR professionals – but more research is needed. One thing that seems clear, though, is that ambiguity and secrecy about talent decisions is seldom the way to avoid potential adverse impact. The risk of negative reactions is much higher if the process appears as cloudy and non-transparent.

What this reasoning also boils down to is this: The core issue is not the informing part, it’s whether you should select some employees as talents in the first place. What is the strategic value of this activity? As long as you can answer that question clearly, it will be easier to dare to be transparent. 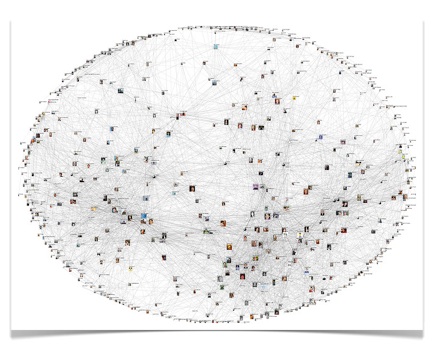 Welcome back to the third and final part of our list of trends and developments within talent management for 2017. If age and teams are topics that are entering organizations like waves, almost forcing talent managers to take them into account, this third trend could be viewed more as a large untapped possibility. The third trend, drums please, is networks.

It is almost a truism that social networks matter immensely in organizational life. Who knows who and who talks to who affects  information sharing, the distribution of power, and people’s careers. Your centrality in organizational networks should arguably also matter for your talent status: A person who is able to establish and maintain relationships with key people is much more likely to succeed than one who tends to remain peripheral. Still, network analysis has not reached talent management to any larger extent. Big data and the internet of things might now finally become the enablers. Take the very interesting study by Woolley et al. (2010), where employees were equipped with tracking badges to see how they interacted. The study elegantly revealed which colleagues people went to for advice (and for gossip) and how information spread in the organization. This type of knowledge is invaluable for organizations, since it identifies key actors.

At the annual academic workshop on talent management, organized in Copenhagen this past september, network analysis (the outcome of which might look like the chart in the image above) repeatedly came up as a potentially extremely valuable tool for talent management. For instance, HR could use it to identify those employees that are crucial nodes when it comes to e.g. linking different departments or groups of experts together. It could also be used for developmental purposes: A high-potential person who lacks the right connections will likely need to be coached, or his or her career will stall.

So there we have them, three broad trends on the rise in talent management in 2017: Age, teams, and networks. As you can see, the common denominator is the need for HR and senior management to start challenging some of the taken-for-granted assumptions about talent. The often implicit assumption that talent management is all about attracting and retaining young, individual stars and accelerate their career trajectory is ripe for questioning, and chances are this will be the year for it. 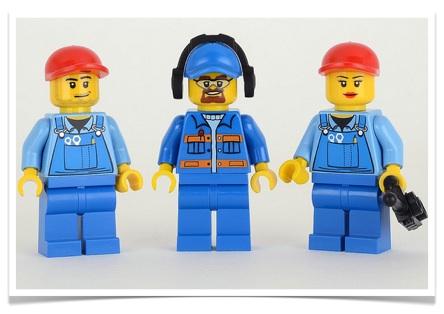 Continuing the list of trends within talent management for 2017 – and today, we have reached a topic that up until now has largely been championed by the startup and tech world. Over the past year, however, there have been numerous indications that this issue is gaining ever more attention in other sectors’ talent management, too. I’m talking about teams.

The word talent is not only associated with youth, as we talked about last time, but also with individuality. Most of organizations’ talent initiatives focus on identifying persons to be included in e.g. high-potential pools and programs. Arguably, this does not rightly reflect the conditions of modern work life in many industries. Most notably, knowledge-intensive work with high demands for innovation craves well-functioning teams. This is something very different from a mere collection of talented individuals. Remember the Groysberg studies, about the star analysts whose performance dropped when they switched jobs? Well, this did not happen for those analysts that took key parts of their teams with them (Groysberg, Eling Lee, & Nanda, 2008;Groysberg, Nanda, & Nohria, 2004). In other words, teams enable the deployment of individual capacities. Furthermore, they make members collectively transcend their individual capacities to reach higher. Much of the real top performing today is done by teams, not individuals.

Organizations, then, have everything to gain from breeding and maintaining high-performing teams. In other words, it is about time we started talking about talented teams. My prediction is that many organizations, not least professional service firms, will spend considerable time in 2017 rethinking aspects like incentive systems, assessments of potential, and development opportunities in order to better account for the team level. 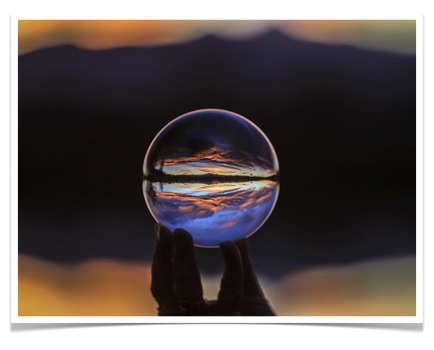 A new year is born, and the blog is back to cover new developments and research findings within I/O psychology and HRM. The biggest focus will of course be awarded to my own  research topic, namely talent management. Although it has been almost two decades since the term “the war for talent” was coined, this is still a field where a lot keeps on happening from one year to another. So, what better way to start off 2017 than by looking into where talent management might be headed? I have taken to scientific journals, conferences, industrial developments, and my own conversations with managers and HR professionals over the past year to round up three broad talent themes that will most likely become increasingly relevant in the coming year. The first one out is a topic that can scarcely be avoided due to both demographic and legal reasons: Age.

Traditionally, talent management has mostly been aimed at the junior segment of the workforce. Chances are that we will see this shifting in 2017. It cannot be lost on anyone that large parts of the Western world, and not least Europe, have an aging population. The seniors are healthier than ever, and many will want and/or need to work longer. Many of the late baby boomers and early generations X:ers will likely work well into their 70s. And on top of this we have the increasing legal focus on age as grounds for discrimination.

In other words, companies are facing a situation where age will need to be factored into the talent equation. For instance, is it always reasonable to put an upper age limit on your talent pool? This is not just a fairness issue – there are also important strategic reasons for wanting to include the older segments into talent management initiatives. If talent really is a scarce resource, few organizations can afford to say no to large pools of potential talent on such irrelevant grounds as age.

Still, there are indications that they do. Swailes and Blackburn (2016), for instance, showed that older employees had a smaller chance than younger of being included in talent pools. This is in line with research showing that age stereotypes are alive and well in organizations: For instance, we tend to consider older employees as less productive (Posthuma & Campion, 2009),  less willing to learn, and more change resistant (Ng & Feldman, 2012).  Transcending these stereotypes and the “think talent, think young” mindset is a major challenge that will likely increase its presence in 2017.

A passionate interest in the human being at work, as well as organizations' ability to harness their human capital, motivated me to become a psychologist. It also lead me to work as a consultant in both recruitment/selection and organizational development. Currently, I am pursuing a PhD in Management at Stockholm School of Economics, focusing on how Talent Management initiatives affect employees. Part of my philosophy is to work in close interaction with HR practitioners and managers; if not in the shape of scientific studies, often as workshops and lectures. In this blog I write about topics related to my research and the wider fields of Organizational Psychology and Management, attempting to bridge the research world with practitioners' daily challenges.