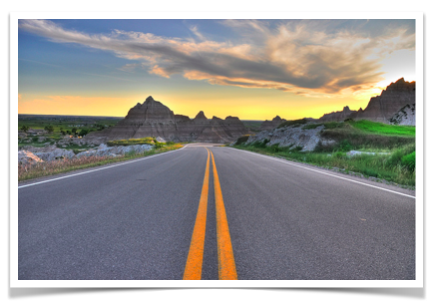 Back on track after the summer, and what better way to start the fall than by going at one of the foremost buzzwords of current people management? I am talking about meaningfulness. Ask any employer branding firm or HR person charged with talent attraction, and they will tell you that today’s talents are increasingly demanding meaning, and its cousin purpose, from their work. For instance, Swedish employer branding firm Universum proclaimed last year; “students demand a higher purpose”. Young talents today, their report stated, crave the ability to make a difference, both at work and in society. Pwc, in their Millennials at work report 2016, concluded that “millennials want their work to have purpose” – 73 percent agreed that one of their main drivers at work would be making an impact on society. Outlets such as Forbes, HBR, and Huffington Post have all repeatedly announced that any organization that wants to lure the picky Millennials will have to meet their request for meaningful work.

The hype is there, to be sure. But what is meaningfulness, really? Are we looking at a generation of benefactors who want to save the world during work hours? Or is it self-actualization and personal development that people are after? What is – pun intended – the meaning of meaningfulness? And what can organizations do to promote it? That is what we will spend the next few blog posts delving into.

As usual, in order to get behind the surface, we need to gear for a clear definition.  Research on the concept of meaningfulness is quite scattered, which is no surprise – since the term is so blurry. If we start out with the term meaning, it philosophers have, ever since the time of Aristotle, noted that this constitutes a basic human need. We want to feel like we are living for something. Thinkers such as Maslow (e.g. 1965) and Alderfer (1972) introduced the concept of meaning into the realm of work, arguing that the sense of meaningfulness was related to self-actualization.

Since then, a number of attempts have been made at jotting down what meaningfulness at work really entails. Most scholars have concluded that it is a rather broad state. It entails the sense that work is worthwhile, and that you as a person are feeling valuable, useful, and resourceful in your role (Fairlie, 2011; Kahn, 1990). Purpose in this context is a narrower concept, usually defined as a sense of direction and intentionality (Ryff, 1989). Purpose, researchers argue, is one of several mechanisms (along with e.g. self-efficacy, authenticity, and belonging) through which the broader state of meaningfulness is achieved (Hansson, 2010; Rosso et al., 2010).

My hunch is thus that the term meaningfulness, as it is used today, tends to conflate several different aspects – each of which I intend to look closer at in this blog series:

The repeated “perhaps increasing” parenthesis above might be annoying, but it is there for a reason: With all these three topics, there are some aspects that really are eternal – but also some aspects that seem to be gaining in importance, or take new shape. We will start digging into the first one – higher purpose – in the next blog post. Let the meaningful season begin!

A passionate interest in the human being at work, as well as organizations' ability to harness their human capital, motivated me to become a psychologist. It also lead me to work as a consultant in both recruitment/selection and organizational development. Currently, I am pursuing a PhD in Management at Stockholm School of Economics, focusing on how Talent Management initiatives affect employees. Part of my philosophy is to work in close interaction with HR practitioners and managers; if not in the shape of scientific studies, often as workshops and lectures. In this blog I write about topics related to my research and the wider fields of Organizational Psychology and Management, attempting to bridge the research world with practitioners' daily challenges.